Walter Farthing, a local businessman and politician, founded the Trust  on 16th July 1957 to benefit local people and the Trust has operated with this objective ever since.

Walter William Farthing was born in 1892, the son of a tinsmith.   In  1921 he married Winifred Thirza Moore, and they settled in Chelmsford.  For over 40 years he worked for RH Currie and Sons, farmers and potato merchants of Moulsham Lodge, and was their Company Secretary at the time of his death in 1965.

Walter Farthing was also a servant of his local community.  He was Mayor of Chelmsford twice, in 1953 and 1954, and a school governor of King Edward VI Grammar School.  He died at the age of 73 after a lifetime dedicated to the people of Mid-Essex and his legacy lives on through the Trust.

The Foundation is made up of eight trustees who aim to improve the quality of life for people and communities throughout Mid-Essex, by funding the charitable work of organisations that are building an encouraging, supportive and creative society.

“We are a small local, specialist Charity, enabling alcoholics in recovery to maintain their abstinence and remain sober and the Trust has supported us in our work since our inception over 6 years ago. Their Grants have been much appreciated and have contributed greatly to the restored well-being and the turning around of the lives of our Clients”. 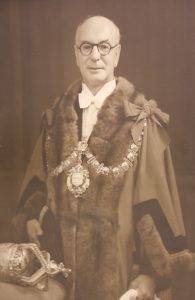