We aim to support charitable and not-for-profit organisations within the Mid-Essex area by providing small grants. We like to support charities with lower incomes so our grants can make the greatest impact.

What can the grants be for?

We predominantly fund specific projects, rather than the general running costs of an organisation.

How much do we fund each year?

We aim to support charitable and not-for-profit organisations within the Mid-Essex area by providing small grants, typically up to £5,000.

All applications for Grant Funding will be considered in the light of others received and available resources.

What have we funded?

We have granted funding to provide support for an array of local projects including:

Can national charities apply for funding?

We only grant funding to national or international charities if the funds will be applied within the local area and will therefore make a difference within the Mid-Essex community.

When can I apply for a grant?

Routine applications are considered by the Grant Panel twice a year.

Routine applications must be submitted by: 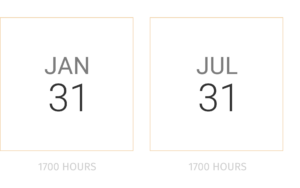 When we will be notified?

How will my application be processed?

Once your application is received for review, the decision-making body will be the Grant Panel. The panel will consist of no fewer than four members of the Trustees of the Walter Farthing Trust. Supplementary members may be co-opted as necessary.

Routine applications are considered twice a year by the Grant Panel. As above, applications must be submitted by the following time and dates:

All routine applications will be notified of the Grant Panel’s decision within one month of the closing date.

Emergency funding applications can be submitted at any time, to be considered when practically possible. Emergency applications will be notified within two weeks of submission.

There will be no right to appeal when a decision has been made.